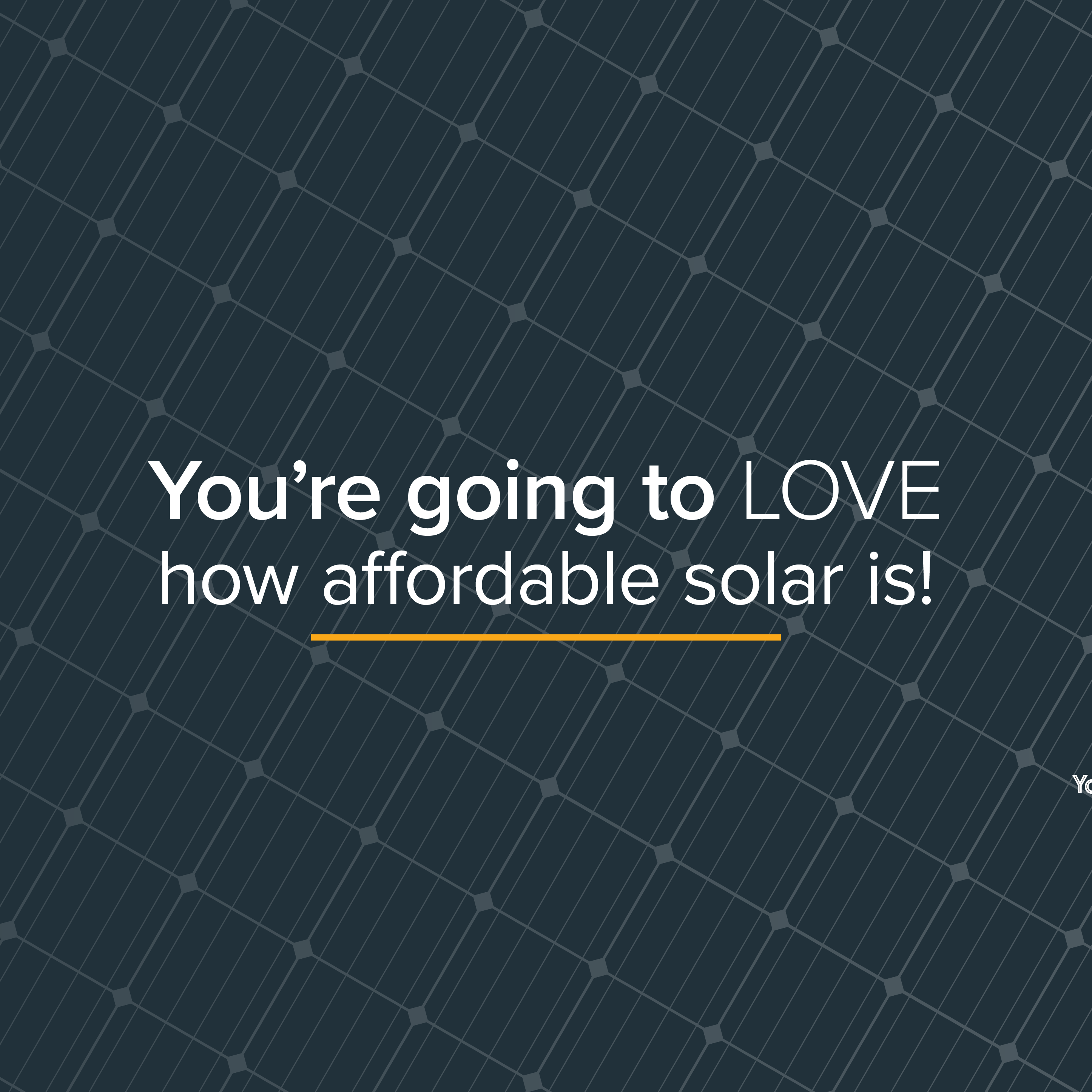 09 Feb You’re Going To LOVE How Affordable Solar Is

It is no doubt that solar energy is taking the world by storm. With constant advancements in technology and the prices decreasing, solar is becoming more readily available to everyone. It can be hard to understand why solar is so inexpensive. In an effort to help ease your confusion, here is exactly why solar is the most affordable form of energy.

Solar energy optimizes the sun’s power only throughout the day when the sun is out. However, one of the best advancements in solar is the ability to store excess energy and use it later. This excess, stored energy is then used to power your home later. These advancements in technology are the exact reason why solar power is so useful and also affordable. Over the next decade, more than 80% of the solar power that is being used in the United States will be some of the cheapest forms of energy for homeowners. The ability to generate energy from our largest energy source, the sun, is one of the best innovations of the decade. By harnessing this technology to our homes, we can create a cleaner and brighter future, without ever having to use excess land or resources to power our homes.

It Gets Even Better!

Because solar is becoming cheaper, the savings that come from solar continue to increase. Homeowners are saving upwards of 20% on their monthly electric bill, and they are loving every minute. Net metering allows for the excess energy that is generated to be stored and used for later. Along with this, any excess energy that is not used at all will be used as a credit on your monthly bill!