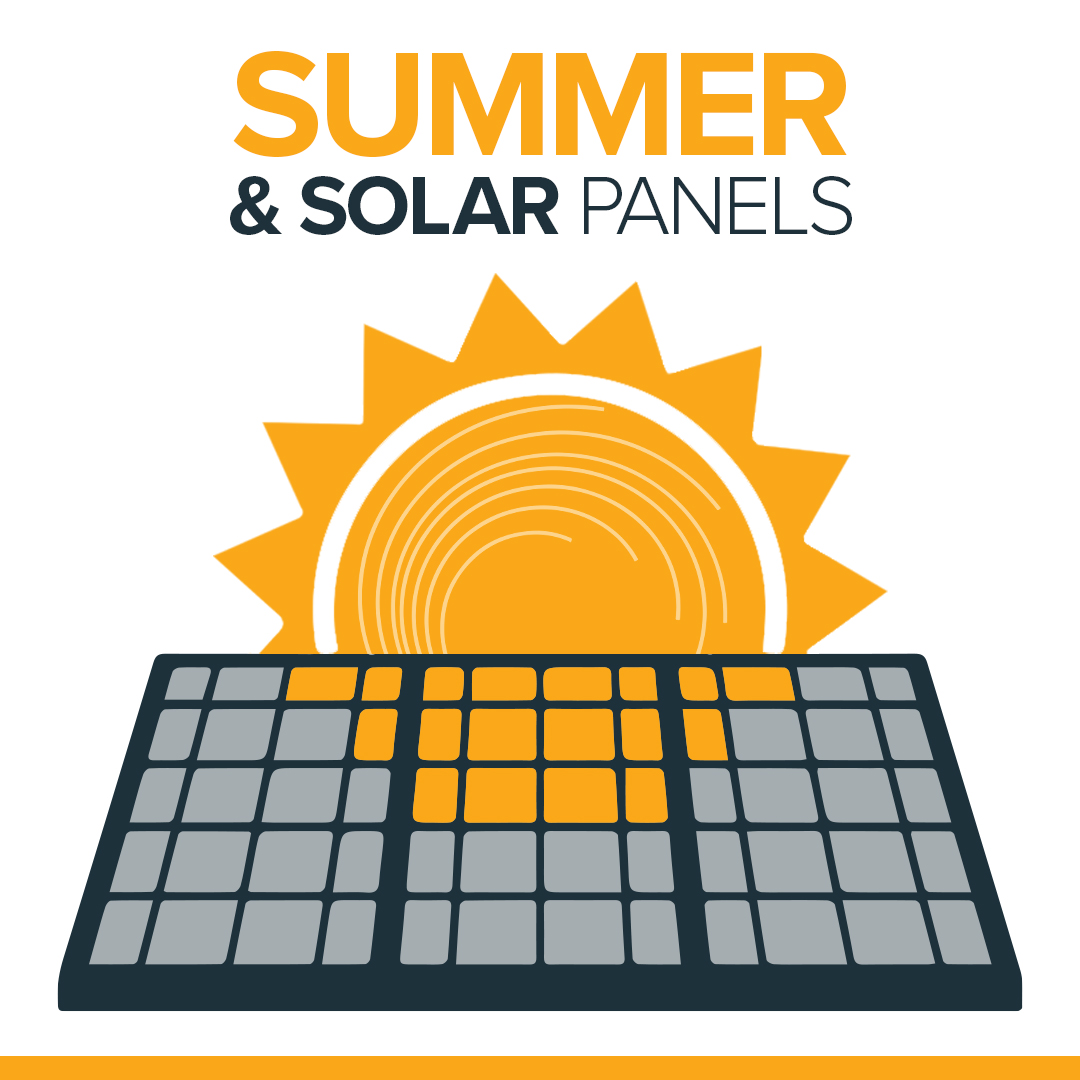 Solar systems work best when the sun is shining and there’s no denying that the days are longer on average in summer than other seasons. May, June, July and August are the peak months for solar power production, because the sun is higher in the sky and the days are longer during the summer solstice. The angle of the sun, coupled with the strength of the sun’s radiation, means that some solar systems can generate twice the electricity in summer. Here are some additional benefits to #gosolar this #summer:

If you’re like millions of homeowners across the country, your energy bill probably shoots up in the summertime. Whether you’re keeping your air conditioner running all day and night, or your kids are home from school and doing all the things that kids love to do (like play video games and watch television), the summer can drive up your energy costs.

Installing solar panels in the summer time also means you can utilize that solar energy almost immediately. The earlier in the summer you install, the more money you can save. It’s that simple.

It’s the Most Convenient Season for Installation

While installations can and do occur during every season, the chances of a project being delayed due to weather difficulties is significantly reduced in the summer. Long summer hours give solar power providers more daylight to accomplish their task, which means the project can often get done quicker.

Thanks to the sun’s higher position in the sky throughout the summer months, your solar system receives more direct sunlight in June, July, and August than it does at any other time of the year.

From the panels to the converter, each component of your solar system is working in overdrive. Protecting your entire system and preparing for higher rates of conversion can mean the difference between optimum output and lost energy. During long summer days the cells absorb more energy, and the solar inverter converts that energy at a higher level.

Remember, proper summer maintenance will not only protect your solar system all season long, it can also identify and prevent any issues from impacting your system as the seasons change.

Now is the best time to go solar and take advantage of all that sun! Give us a call today and receive a FREE quote – no commitment.