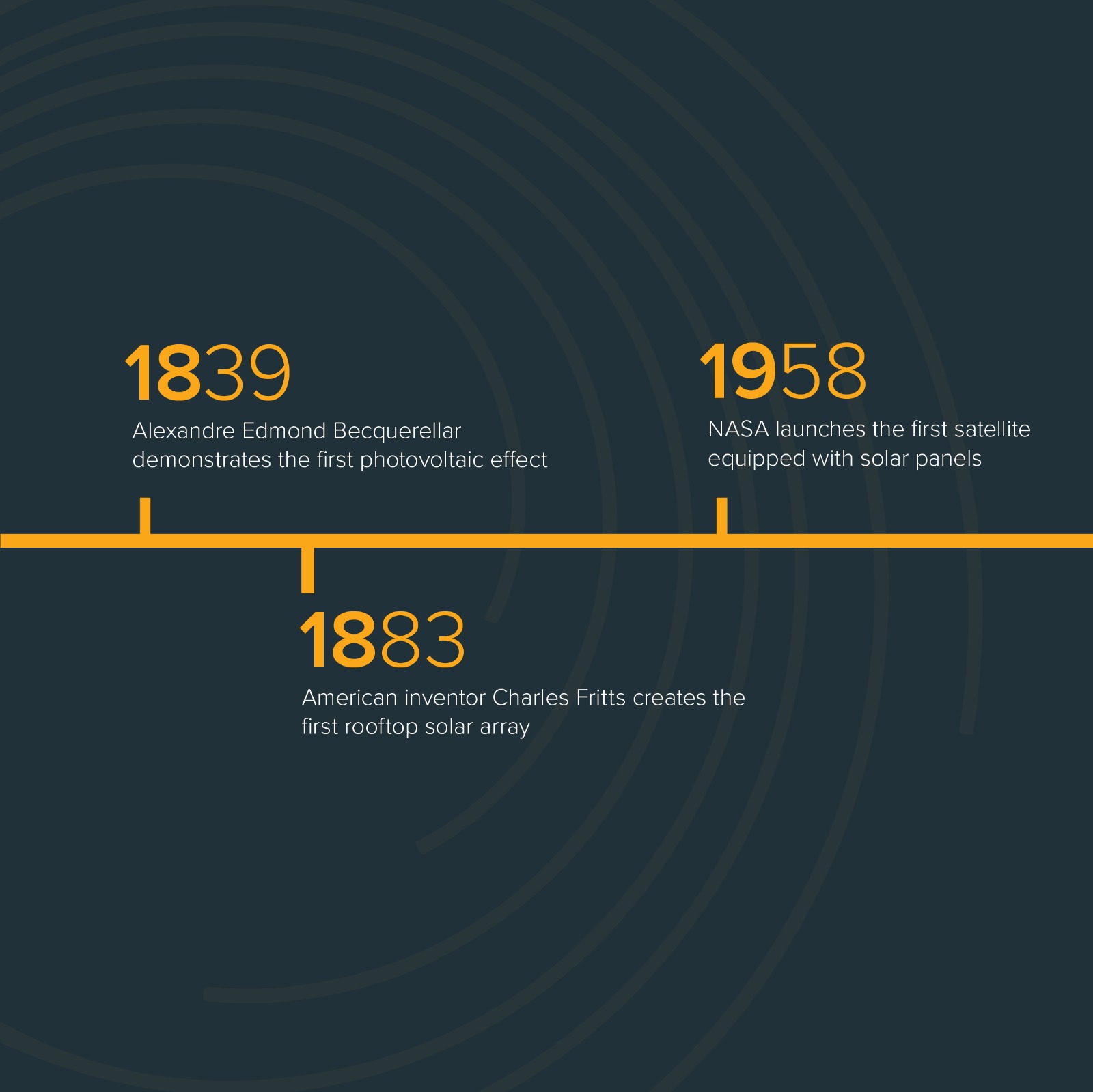 12 Jan SOLAR POWER History: How it All Began

The sun has been and always will be our major source for life on Earth. However, discovering how to harness the sun’s power is an art that is being perfected on a daily basis. It may seem like solar power is a fairly new invention. However, the idea of solar power and using the sun as a renewable resource is an idea that started a lot further back than you think. By learning the history of our solar panels, we are able to analyze the advances that have been made through time, along with the positive impacts that come along with this amazing technology.

Where They Came From:

One of the first developments in solar power began in 1839. A French physicist, known as Alexandre Edmond Becquerellar, was able to demonstrate the first photovoltaic effect. The demonstration of the photovoltaic effect showed that sunlight could indeed be used as electricity. Even with this small step there were still many large developments that would be made before the start of the 1900s. By 1883, an American inventor known as Charles Fritts used the idea of solar power to create the first rooftop solar array. This system was nothing compared to our modern day rooftop solar system. However, this small amount of electricity that he was able to create once again led to large developments for the future. In 1954 Bell Labs created the first modern-day photovoltaic cell. At the time, this invention was too costly for commercial use. However, the U.S. military funded the continuation of research up until 1950. In 1958, NASA launched the first satellite equipped with solar panels.

Modern day solar power is much more advanced than what it ever has been. There are three different types of solar panels that are offered for solar power technology. Vision Solar the most efficient solar panels. Each of these panels offer a specific benefit for your home. These solar panels are among the most advanced because their technology has been continuously improved over the past few years. However, the more advanced technology becomes the more options that we have to offer to you and your home.

We take into consideration every single detail when installing your solar panels. With solar technology advancing, there are many states pushing for more clean energy every day.  Alexandre Edmond Becquerellar may not have known how far his hard work and research would go. However, all we have to say is “thank you” because we are saving the world and saving our customers money every step of the way towards our goals.