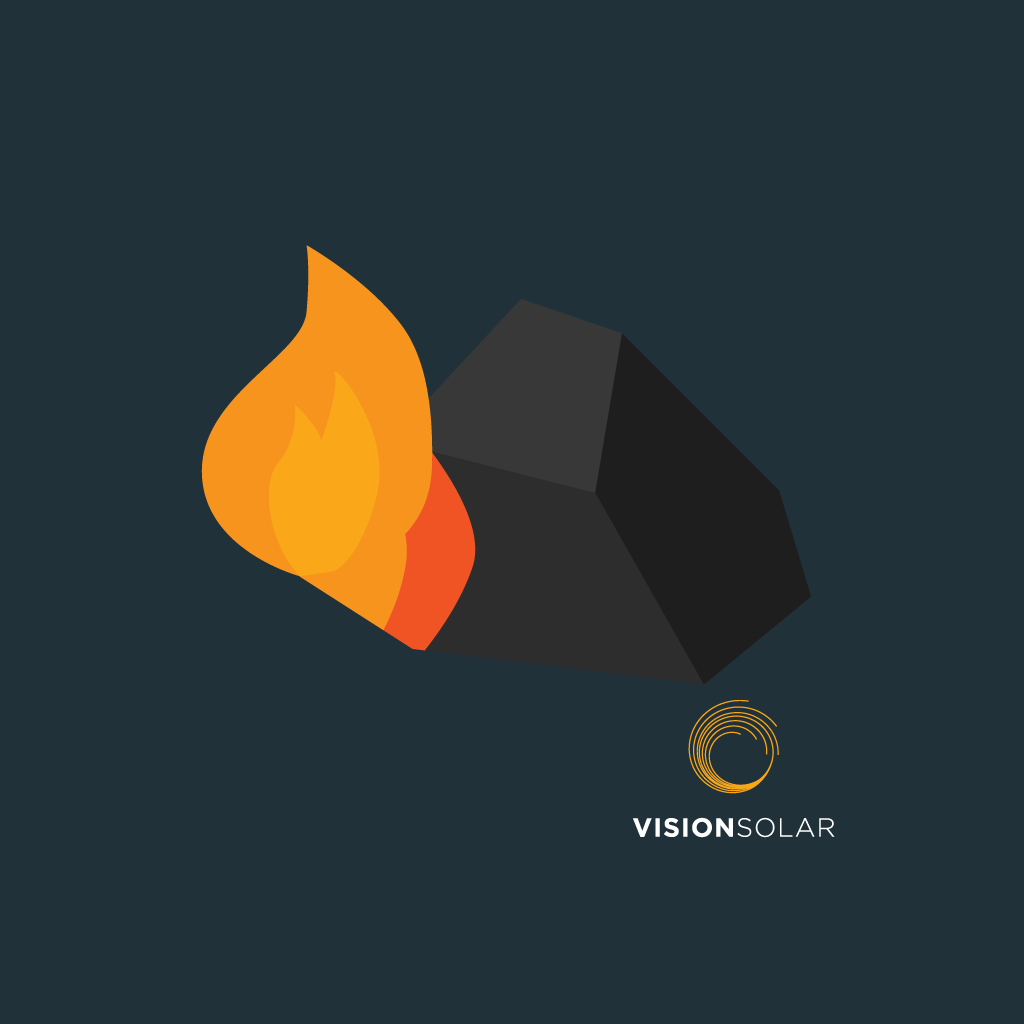 There are many different sources of energy in the United States. Vision Solar is dedicated to making sure our customers are very aware of their energy sources around them. With this, we know that it can be difficult to have a full understand without knowing the differences between renewable and non-renewable energy sources. We have covered the importance and definition of renewable, but what about non-renewable. Well, today we are focused on educating our customers on all of the different non-renewable resources there are and their effects on the world around them.

One of the first kinds of non-renewable energy sources that powered the United States was coal. Carbon is the main element in the fossil fuels that are released when coal is used as a power source. Throughout the past few years, coal usage has continued to decrease. This revolves around the amount of carbon emissions that are released.

As coal production decreased, the new energy source that followed was oil. Oil was not as scarce in the beginning because there was less production. As time has passed, oil has become scarce the search for oil is always a major task for the United States. Oil prices have sky rocketed. Oil powers more than what coal can. However, the carbon emissions are just as harmful, if not worse than coal.

Natural gas is one of the most common sources of energy for the United States. About 39% of the electricity in the United States is powered by natural gas. As natural gas has revealed to be just as harmful as it’s fossil fuel counterparts, the usage is decreasing every year. By natural gas being non-renewable, this creates a problem is at some point we find ourselves slowing down in resources for production.

The most common form of renewable energy for 2020 is Solar Energy. Solar Energy is 100% renewable and relies on the most renewable resource, the sun. Solar energy is low maintenance, and releases zero carbon emissions into the environment. The importance of this is the longevity of this energy source and the protection of environment and world.

We know that benefitting the environment is not always a deal breaker for our customers. On top of helping the planet, you can save up to 20% on your monthly electric bill. The savings that come with solar are part of the many benefits. Contact us to get started today.