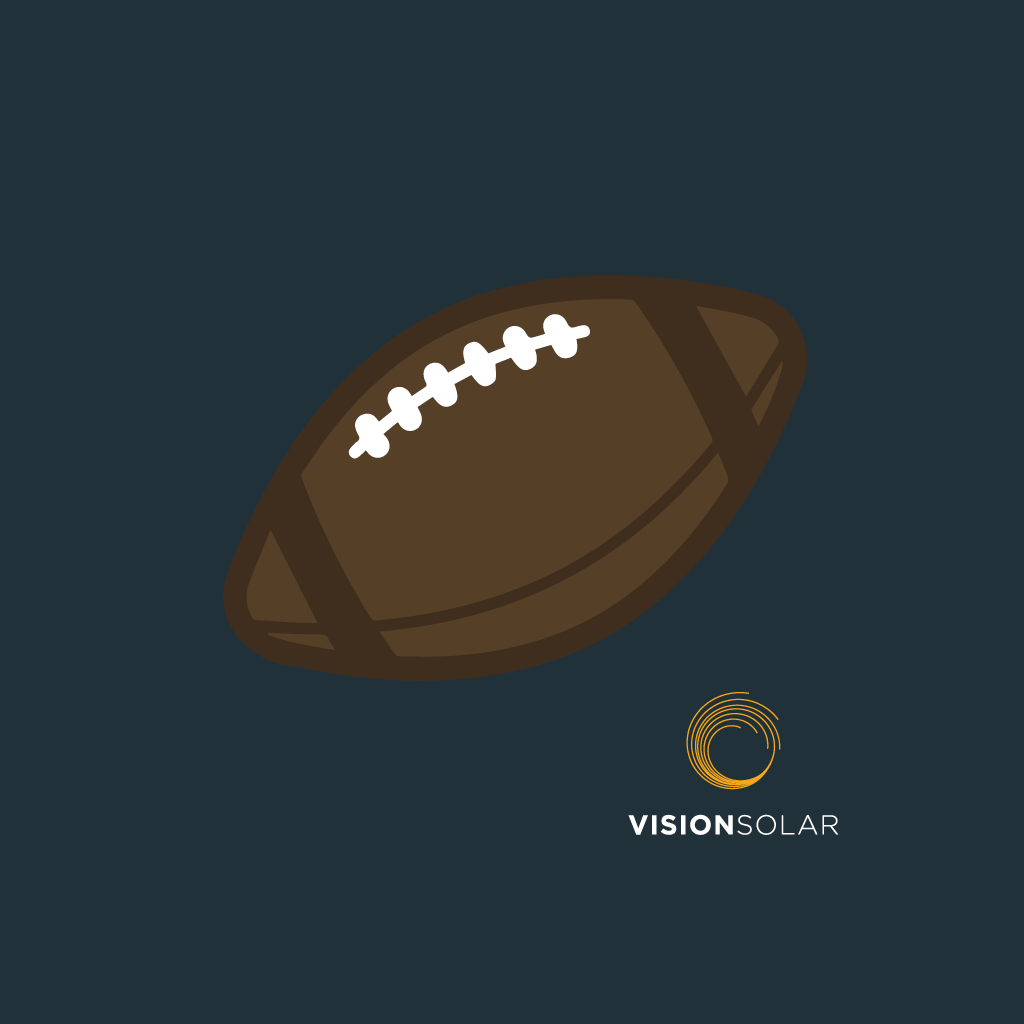 America runs on sports. Because of COVID, we were at a total stand still. There were no sports. There were no family gatherings. Nothing. However, as sports begin to pick back up through this pandemic, we want you to still have some enjoyment in your life. At Vision Solar, we know that you mis your favorite teams. So, to help you cope, we are going to share some fun information about some of the football stadiums that recently made the switch to solar.

Levi’s Stadium is home to the San Francisco 49ers. The stadium is currently one of the most environmentally friendly stadiums in the United States. Their solar panel system displays 1,000 solar panels. These panels are enough to power the entire stadiums, while also irrigating the field. The irrigation uses reclaimed water in order to make sure that even the water they are using is eco-friendly. Their efforts have earned them a gold Leadership in Energy and Environmental Design certificate.

In the heart-and-soul of our Blackwood office lies so many Philadelphia Eagles fans. Just a half hour drive away, the Lincoln Financial Field is a prime example of how solar panels can be incorporated to every inch of your field. The stadium houses an 11,000 kWh solar panel system. This entire system has the power to generate 3,000 kWh of energy. This is currently the largest solar panel system in Philadelphia. Because of this, the stadium has decide to try their best to reach the gold-level Leadership in Energy and Environmental Design certification.

Sports are such a huge part of the American culture. Whether you are in the stadium this season, or watching from your couch, we hope there is some satisfaction in knowing that your favorite stadiums are pursuing solar, just like you. To get started on your residential solar panel installation contact us.