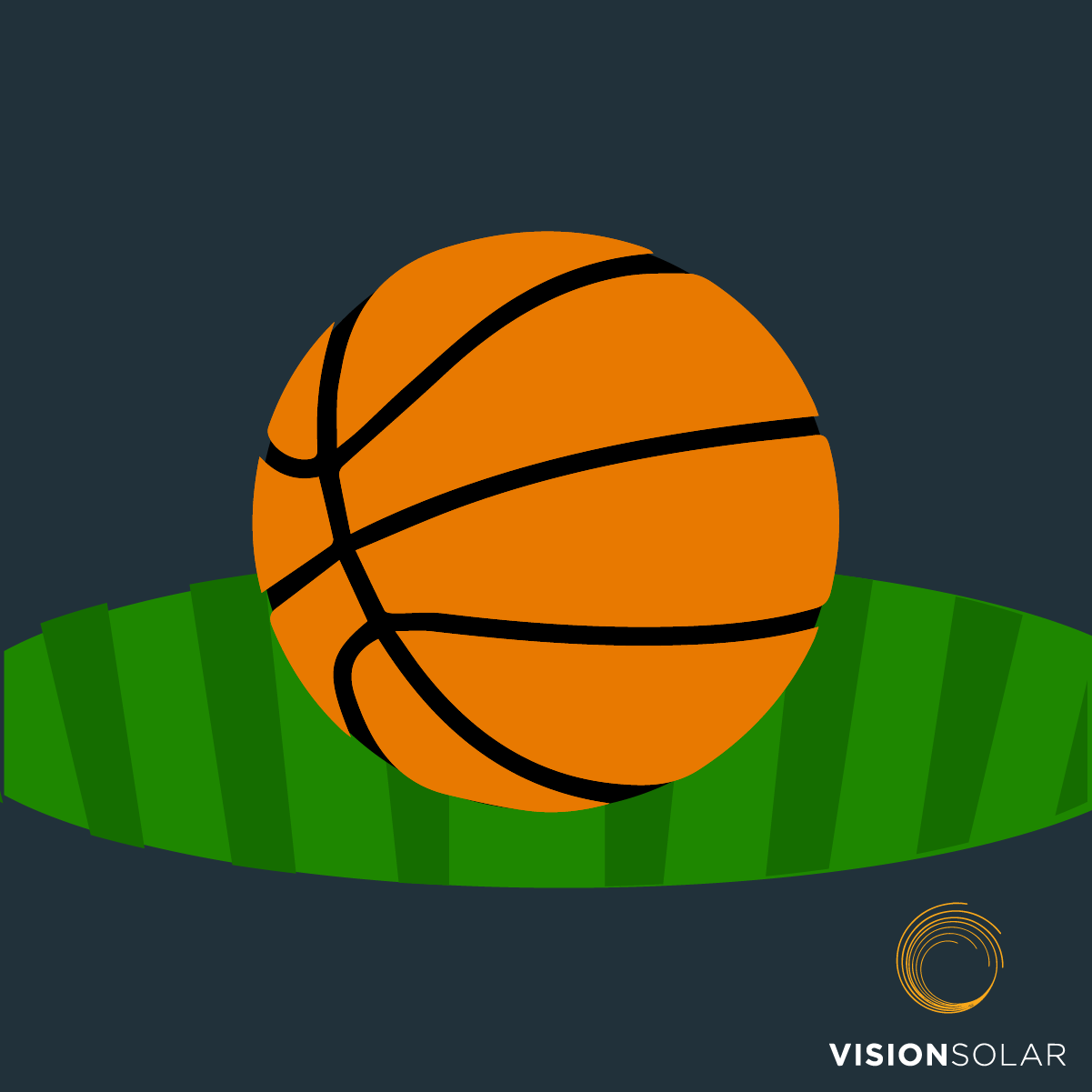 As sports start to make a comeback, we are continuing to see organizations do their best to save money during this tough time. Basketball Arenas are a prime location to utilize solar power. The need for indoor lighting makes their costs so much more. Because of this, basketball arenas were some of the first large indoor spaces to utilize the benefits of solar energy.

The Staples Center switch to solar officially in 2008. Their switch to solar was a great way to save them the most money.  They currently have 1,727 solar panels installed on their roof. This 364 kW photovoltaic (PV) solar system installed by Solar Panel Inc. and is connected to an additional 166 kW system on top of the roof of Microsoft Theater. For the next 25 years, the Staples Center will reap all of the benefits of solar, while also helping the environment. The environmental impact of their switch to solar is said to prevent more than 10,000 tons of CO2, 27 tons of sulfur dioxide, and 33 tons of nitrous oxide from being released into the environment. These huge differences are the reasons that they believe other stadiums can learn from their system in order to install their own solar panel systems.

The Pepsi Center, home to the NBA Denver Nuggets,  switched to solar in July 2008. While other stadiums were beginning to understand the true benefits of solar, the Pepsi Center decided to follow behind. The photovoltaic system produces more than 12,000 kilowatt-hours per year. The entire goal for their switch to solar was to benefit the environment, which they absolutely succeeded in. Their system avoids more than 5,518 pounds of carbon dioxide from being released into the air. However, as successful as they may be, they want the world to know that they are going t continue to work towards cleaner energy sources every day. Their switch to solar was only the beginning of their change.

With any important investment, timing is very important. If you have seen a recent spike in your utility bills during this time, you are not alone. The relationship between being home and energy usage is as simple as it seems. While we all continue to work or maybe stream our Netflix episodes, the amount of energy we are using is increased much more than when you were going to work and when your kids were going to school. Electric bills have increased by 30% since the beginning of COVID.