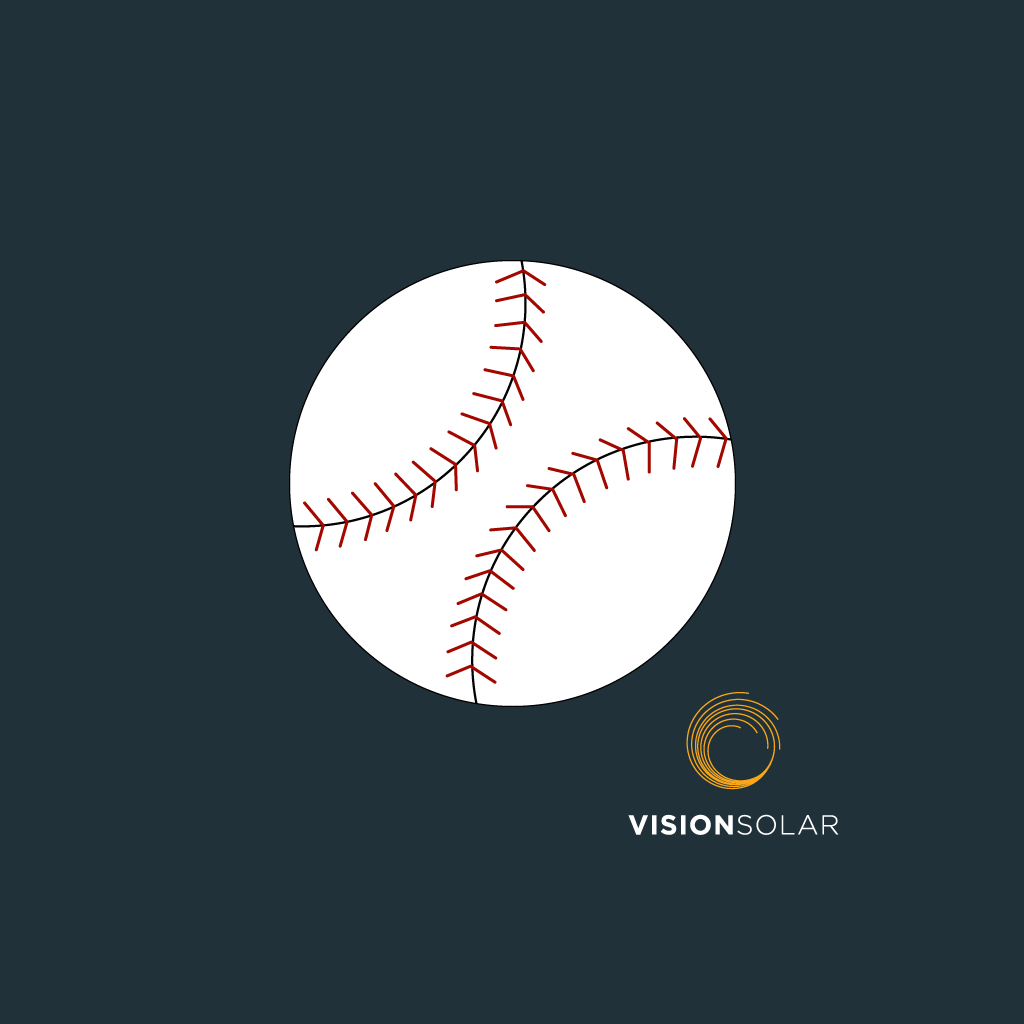 We have witnessed an event that has never taken place before. COVID stalled every single sport. There were months where we were not sure if even sports were going to return. However, with baseball picking back up last month, there is some hope. At Vision Solar we know this baseball season is lacking the family game time at the actual stadium. Because of this, we think we can share some education on how some of your favorite baseball stadiums have harvested the power of solar power.

There is no surprise that Arizona wanted to harvest the power of the sun. Yearly, Arizona has 300 days of full sun. Chase Field recently made the big switch to solar in 2014. Their stadium is known as a “green energy classroom”.  This is a place where they hope that other stadiums and the United States as a whole can learn the positives of solar energy. Their solar powers their entire stadium, and even provides extra shade for their fans.

Safeco field is located in Seattle. Seattle does not receive as much sun as other areas, such as Arizona. However, they put their panels to the test to see how much energy their panels can still collect on cloudy days. Their 33 kwh solar system has generated 40,000-kilowatt hours of electricity each year. This energy is a large amount enough to indeed power their entire stadium. What this means is that solar panels can still be just as efficient even in areas where the sunshine is not very abundant .

Petco park is one of the newest stadiums to have a solar panel system. Their new system consists of 336,520-watts. Their system is installed on the upper deck of the baseball stadium. With this, they made sure to mention the amount that they will be saving with their solar investment. With their solar panel installation, the Padres organization will be saving over 4 million dollars. The investment that thy have made is in an effort to decrease their carbon footprint, while saving them money.

Solar power is a new, developing form of energy that has the power to save homeowners up to 40% on their monthly electric bill. While we may not be able to go to our favorite team’s stadium yet, we can save money on the amount that we spend watching them from out television’s at home. Contact us to get started today.