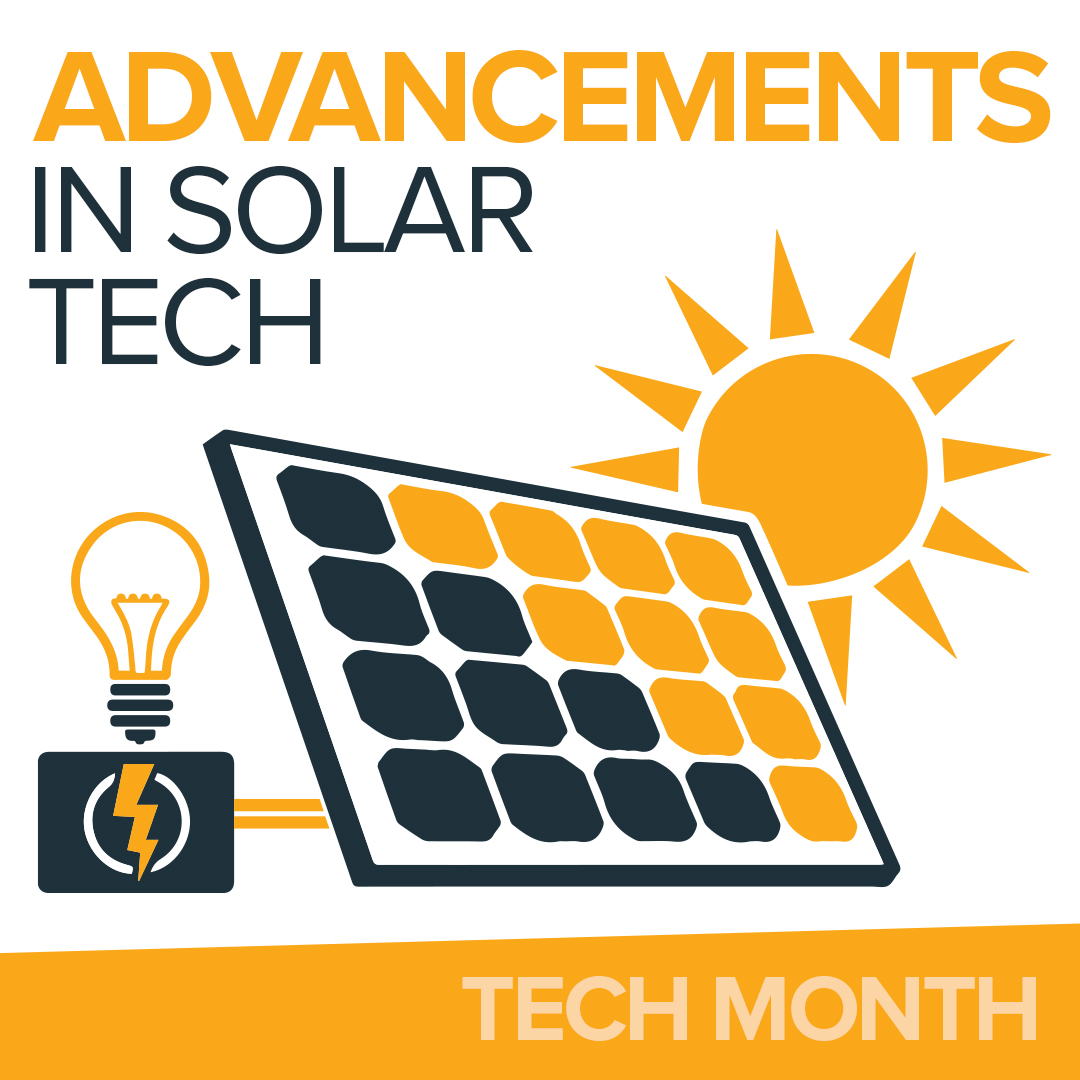 April is national #TechMonth, in this blog we highlight some recent advancements in solar technology that have paved the way to efficient solar energy solutions and systems.

Most recent research from the National University of Singapore has made a major advancement and set a new record in the power conversion efficiency of solar cells by using perovskite and organic materials. The achievement is a significant leap of 20-26.7% conversion rate of silicon solar cells, surpassing the previous record of 25.9% in 2020. “Our study shows the great potential of perovskite-based tandem solar cells for future commercial application of photovoltaic technology. Building on our new discovery, we hope to further improve the performance of our tandem solar cells and scale up this technology,” said Asst Prof Hou.

“A team led by University of Michigan researchers set a new efficiency record of 8.1% efficiency and 43.3% transparency with an organic, or carbon-based solar cell.”  These solar cells use materials that are less toxic than other transparent solar cells and can be done at a large scale or mass production. The transparent organic solar cells can be customized for local latitudes, taking advantage of the fact that they are most efficient when the sun’s rays are hitting them at a perpendicular angle. They can be placed in between the panes of double-glazed windows, making them perfect for building-integrated photovoltaic projects. They are also investigating the possibility of installing transparent solar cell windows into new and existing buildings.

A group of researchers from the Chalmers University of Technology in Sweden, designed molecules and an energy system with unique abilities for capturing and storing solar power. The MOST system, which stands for Molecular Solar Thermal Energy Storage System, can capture solar energy and store it for up to 18 years, transported without any major losses, and later released as heat when and where it is needed. The EU project will develop prototypes of the new technology for larger-scale applications, such as heating systems in residential houses.

With technological advancements continuously happening, switching to solar becomes a great investment. Give us a call today and learn more about the benefits of solar.