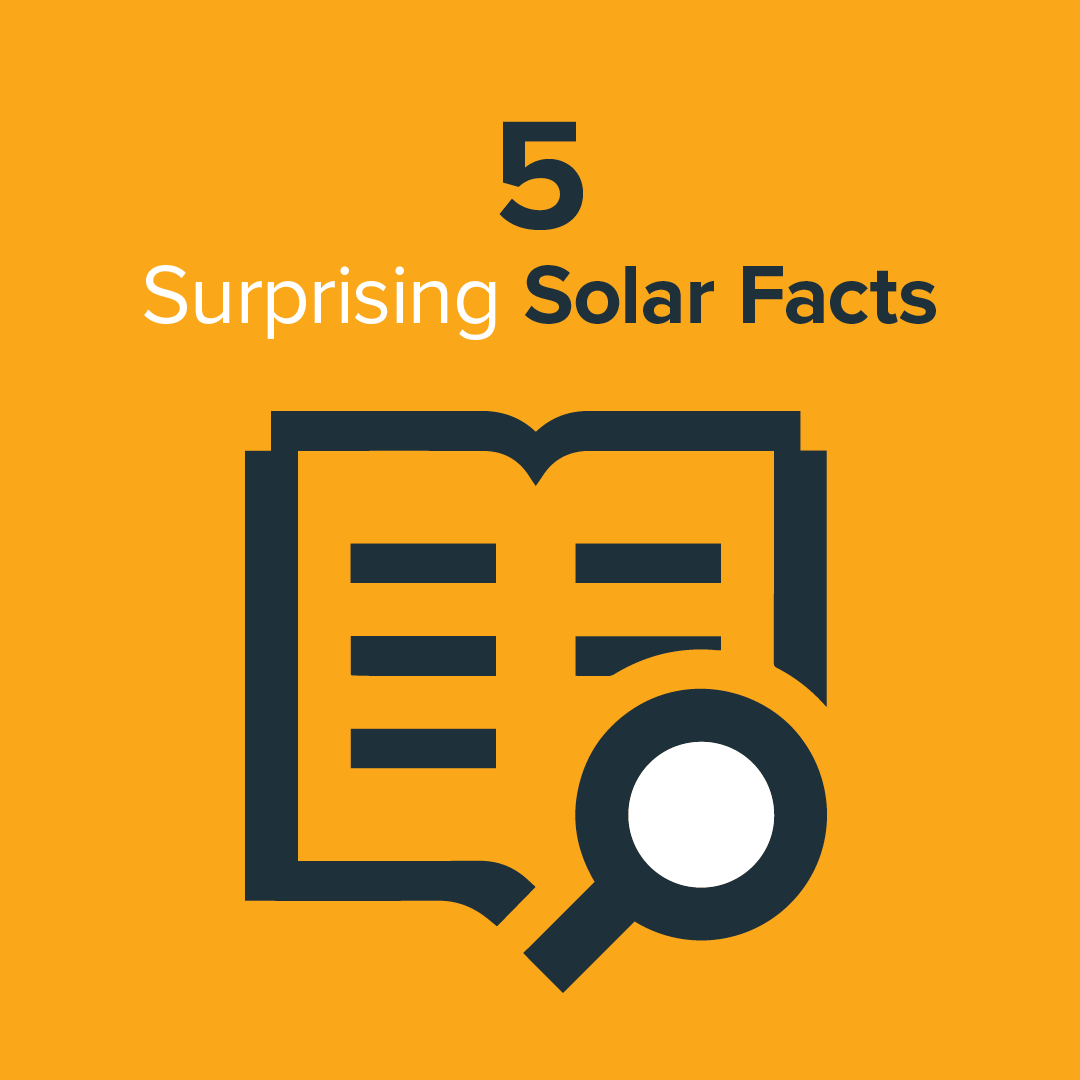 Posted at 13:19h in Blog by cjohnson@visionsolar.com
0 Likes
Share

Solar energy is virtually inexhaustible making it the best renewable energy source. If you are considering making the switch over to solar or have already done so, here are five interesting facts about solar that will surprise you.

2. Photovoltaic solar panels are made of silicon, which is the second most abundant element on earth.

After oxygen, silicon is the second most abundant element. Silicon is a semiconductor material. When it is doped with the impurities of gallium and arsenic, it can capture the sun’s energy and convert it into electricity.

3. The solar industry is creating jobs five times faster than the job market!

According to the jobs census, over the last five years, solar industry employment has grown by 86 percent, amounting to about 80,000 new jobs. Almost twenty times faster than employment in the overall economy.

4. Solar technology can even be applied to paint.

Three separate innovations are classified as solar paints. The first one is solar paint hydrogen, the paint works by absorbing moisture from the air and using solar energy to break the water molecules into hydrogen and oxygen. The hydrogen can then be used to produce clean energy. The second one is, photovoltaic paint, developed at the University of Toronto. They are nanoscale semiconductors that can capture light and turn it into an electric current. Lastly, perovskite solar paint,  perovskite materials are derived from a calcium titanium oxide mineral. Researchers have developed a way to spray liquid perovskite cells on surfaces, known as spray-on solar cells. What makes perovskite solar cells interesting that they can take the liquid form, thereby making them the ideal candidate for solar paint.

5. Thomas Edison stated, “I’d put my money on the sun and solar energy” when thinking about the electricity demand.

One of the most famous and prolific inventors of all time, Thomas Edison, has greatly influenced our modern life, contributing inventions such as the incandescent light bulb, the phonograph, and the motion picture camera as improving the telegraph and the telephone. He was able to understand the power of the sun’s energy in the early stages of electricity and that solar energy would one day be the future. He was indeed correct.

These facts are not only surprising but exciting, they all emphasize our promising future with solar.

Switch to Vision, get your free quote by clicking the link below! https://visionsolar.com/free-quote/